Nestled in the majestic Arizona desert is The Spire Bar at the Arizona Biltmore Resort. Considered to be one of Phoenix’s premier outdoor social destinations, The Spire Bar is among the resort’s most unique and memorable resort amenities.

At the center of the outdoor lawn is the “LUX Twist”, a lighting installation designed by Rob De Oude, a studio artist based in Brooklyn, NY. The installation is a  twisting thirty-foot hexagonal spire, lit from top to bottom at its vertices by iLight Hypnotica luminaires, and has been rightfully described as the ultimate Instagram moment in Phoenix. The Lux Twist was a commissioned piece designed as a tribute to great American architect Frank Lloyd Wright. As the sun sets, the spire’s breathtaking colors rise in a brilliant light show that illuminates the atmosphere, elevating the guest experience.

The Biltmore Resort was originally designed in 1928 by Albert Chase McArthur, an architect mentored by Frank Lloyd Wright, who was known for using interesting steeples and spires on many of his structures.

During the golden era of Hollywood, the Biltmore was the “it place” to be for Hollywood elite and high rollers, but over time it deteriorated.  The hotel was most recently purchased by BRE Hotels & Resorts which set out to restore the facility and return it to its former glory. To accomplish this, they hired Scottsdale-based PHX Architecture to design the renovations for the facility.

THE INSPIRATION BEHIND THE SPIRE:

The team sponsored a competition among artists to design the piece, and selected Rob de Oude, a renowned painter and studio artist from Brooklyn NY. They really liked the color palette he uses in his paintings and his desire to blend in the spire with the natural surroundings and design of the historic hotel structure.

Studying the environment, Rob saw the spiral barrel cactus native to the area and thought a similar design would cohesively pull together elements of the desert and the block architecture of the Biltmore.  So, he came up with a stainless steel block system that supported a 5 degree rotation from the bottom to the top. Creating a channel that would hide the bulk of the fixture would be the most challenging part of the design because of the swirl effect but researching some of our iLight case studies gave him great ideas for the spire project and an inspired understanding of what can be done with light. 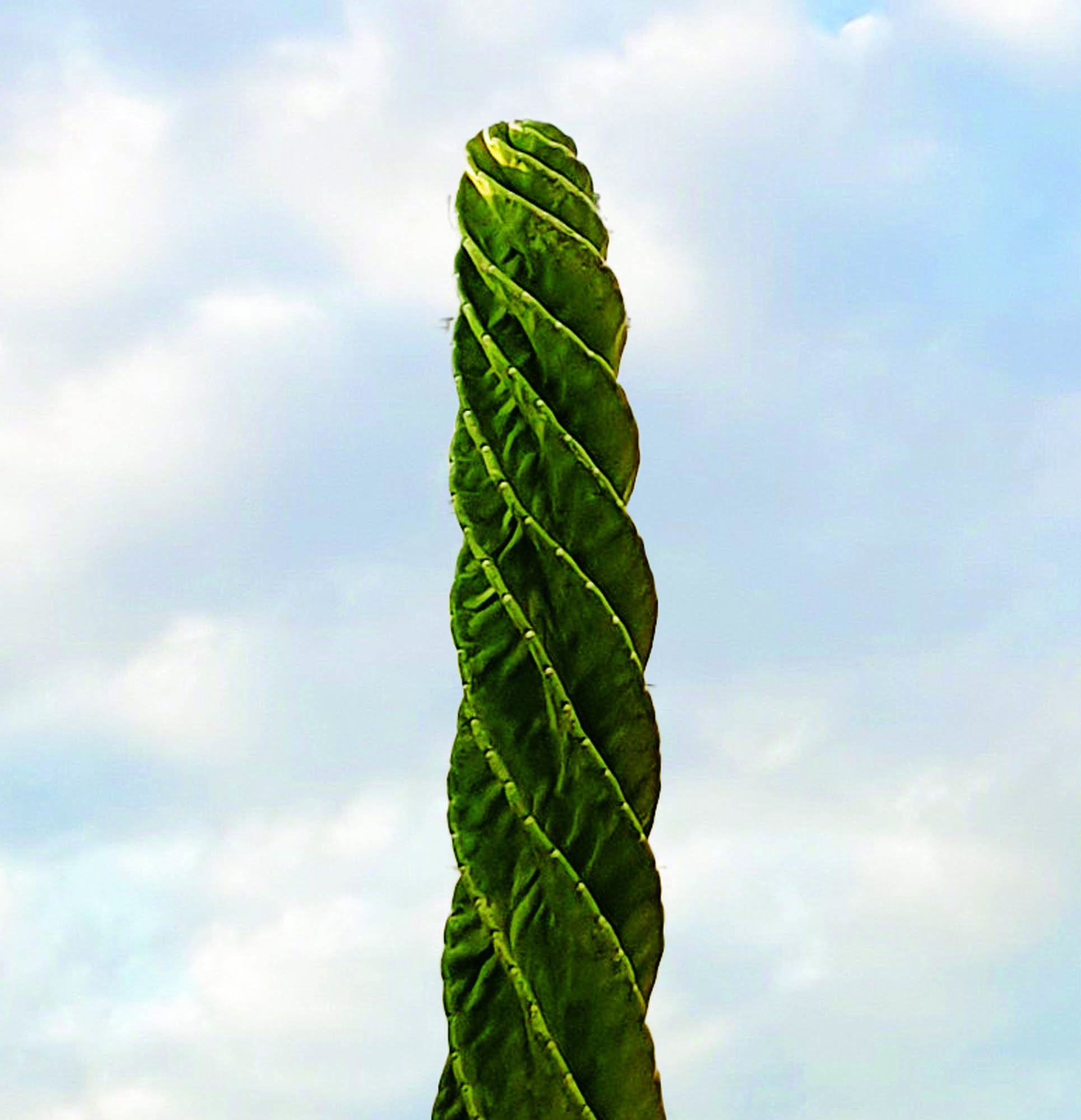 Rob also worked closely with George Grezylo, the Lighting Designer on the project, to employ the details of his concept to get a specific color palette for the programmed light scenes that were natural vs. being garish and theatrical in nature. To create these natural scene settings, they worked together to create a 24-hour color sequence that changes according to the time of day.

When we asked Rob why he chose the iLight Hypnotica product, he said, “We could make it work, it’s rugged, and came highly recommended by the team.  The true test is when it went up to 120 degrees last summer and I didn’t get a phone call.” 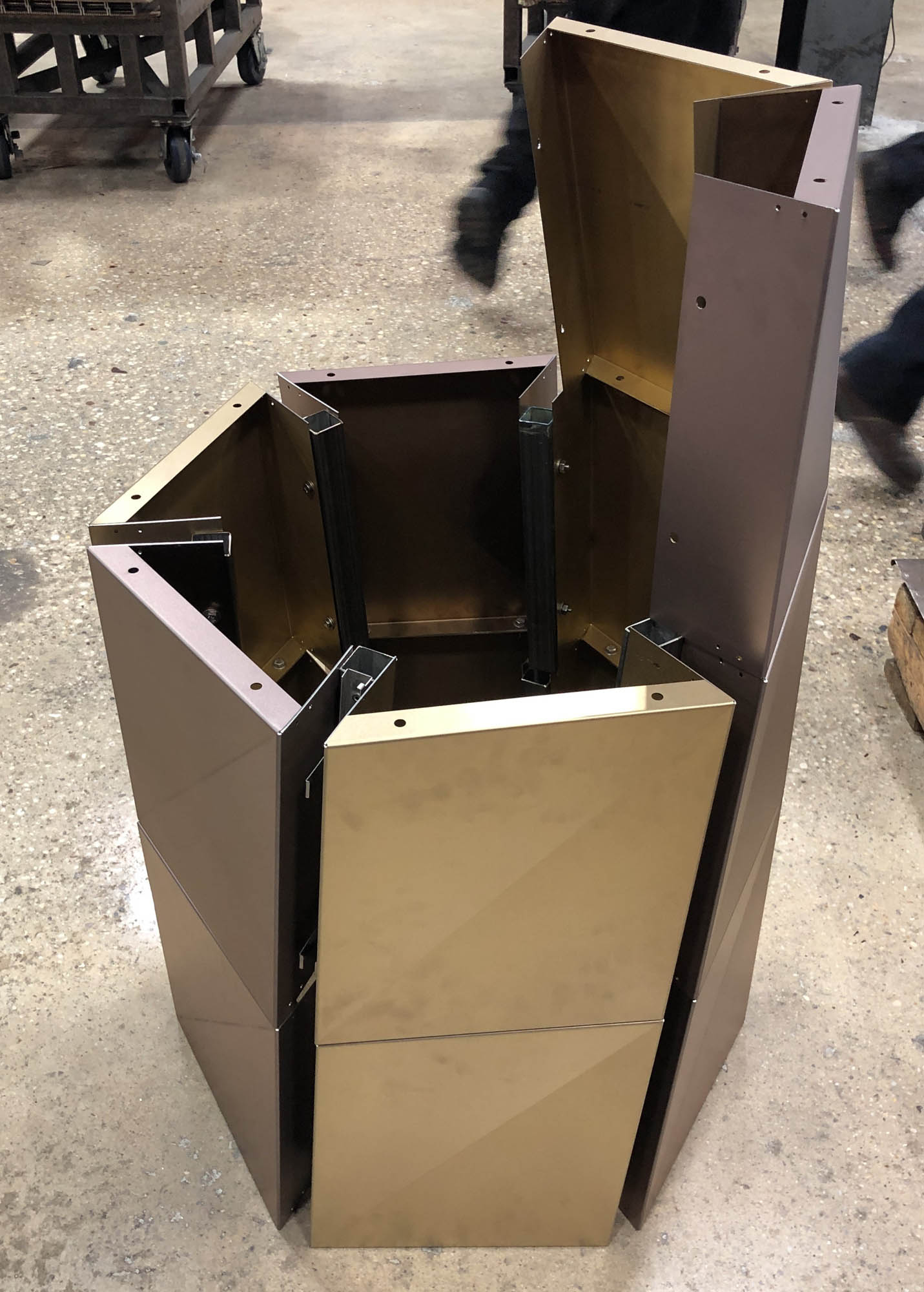 Hypnotica Can Take the Heat

Mark Greenawalt, Lighting Design Engineer with Creative Designs in Lighting spoke with us about specifying iLight Hypnotica and had this to say, “We needed something that would hold up to the Arizona heat. I was familiar with the quality and performance of the iLight luminaires and recommended them for the installation”.

Rueben Bechtold, a fabricator, and artist with Studio Bechtold added, “I liked the fixtures because they worked in all the categories that were required. The fixtures’ ability to handle heat, as well as a suitable IP rating combined addressable RGB LED’s, makes it an extremely capable fixture. Importantly, the client and artist both liked them, and they really put out the lumens.”